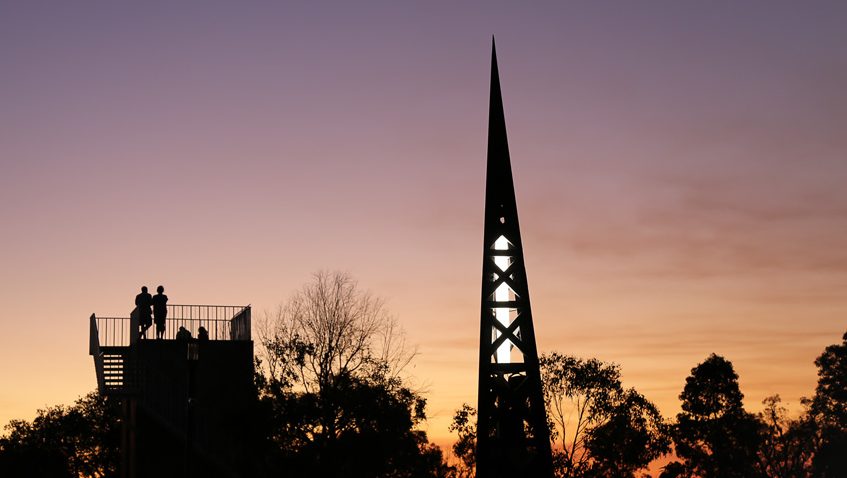 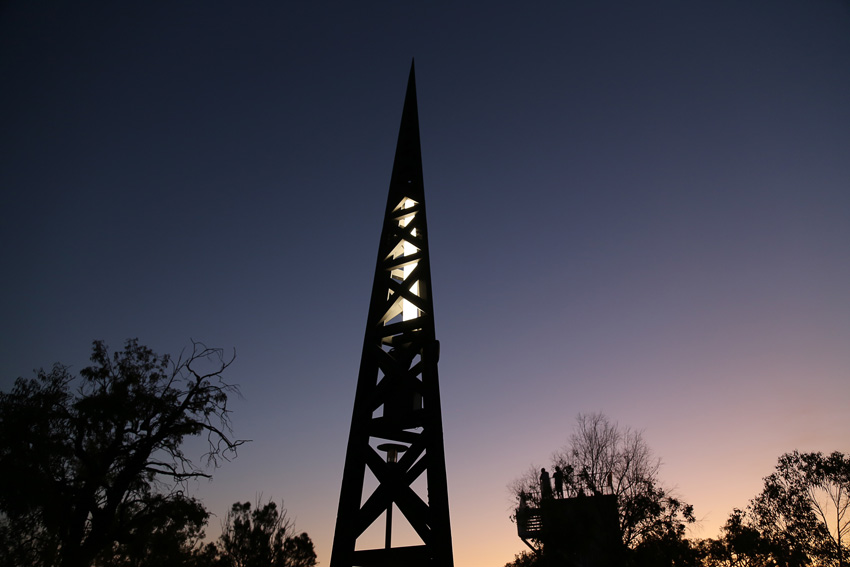 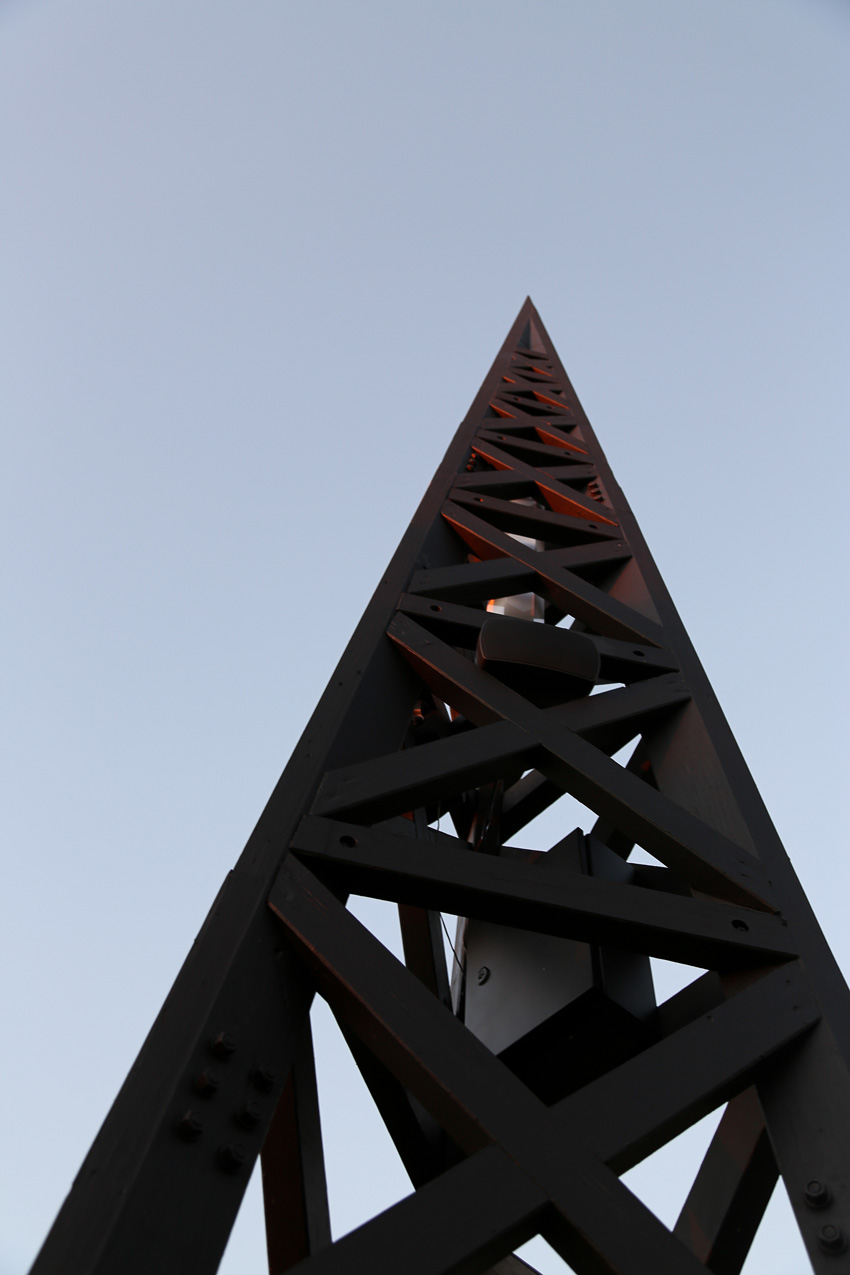 Sonic Hill was a site-specific audio-sculpture enabling audiences to ‘hear’ a renewed sense of place. Wireless Hill has been a place of communication for thousands of years, previously by the Bibbulmun people as a look out and place to send smoke signals, and after as the site of the Applecross Wireless Station from 1912 to 1968. The Applecross Wireless Station was one of Australia’s first links with radio technology, and was used for telecommunications during World War One and World War Two. Using morse code, the station communicated with ships off the Australian coast using a mast that was 112m tall. This sculpture broadcasted a soundscape that explored this rich history, with a LED light within the scuplture changing in sync with the audio. It is a nodding tribute to the past and present towers that surround it and the communication lines that have grown and developed from the site, both indigenous and technical innovations from hunting and gathering to morse code and mobile technology. SONIC HILL brought us together, placing a spotlight on the continued importance of communication throughout our shared histories as a way to connect our communities.