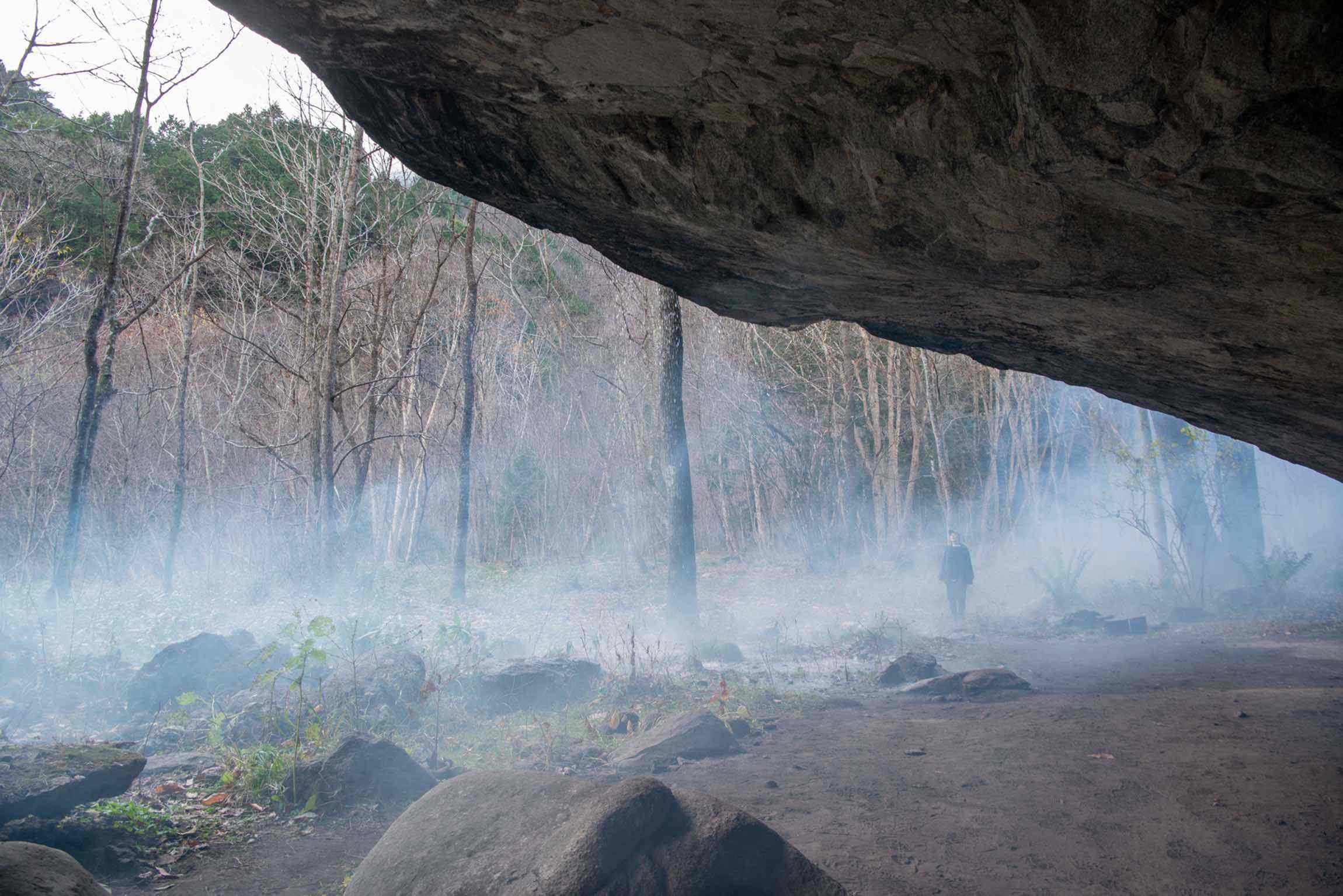 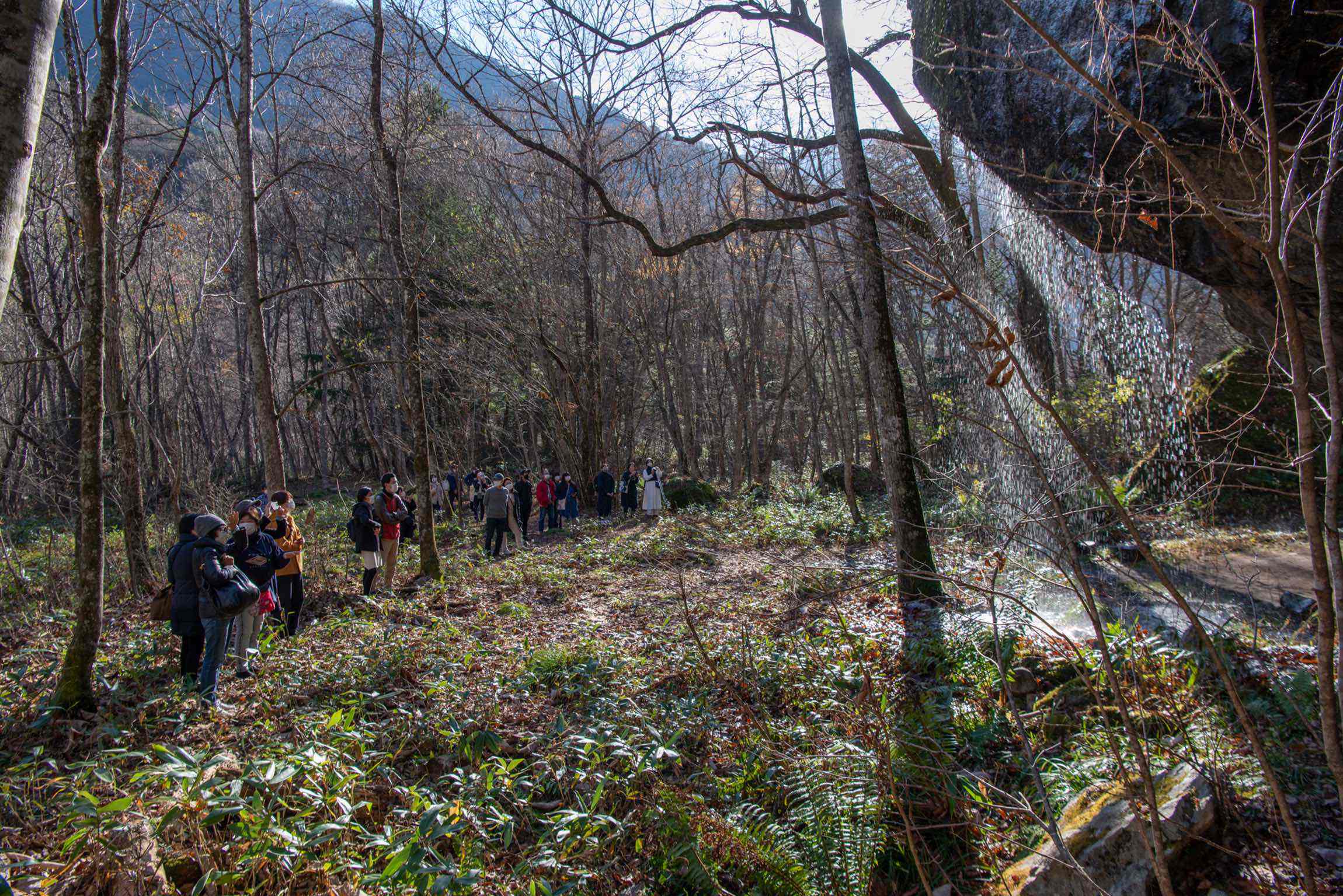 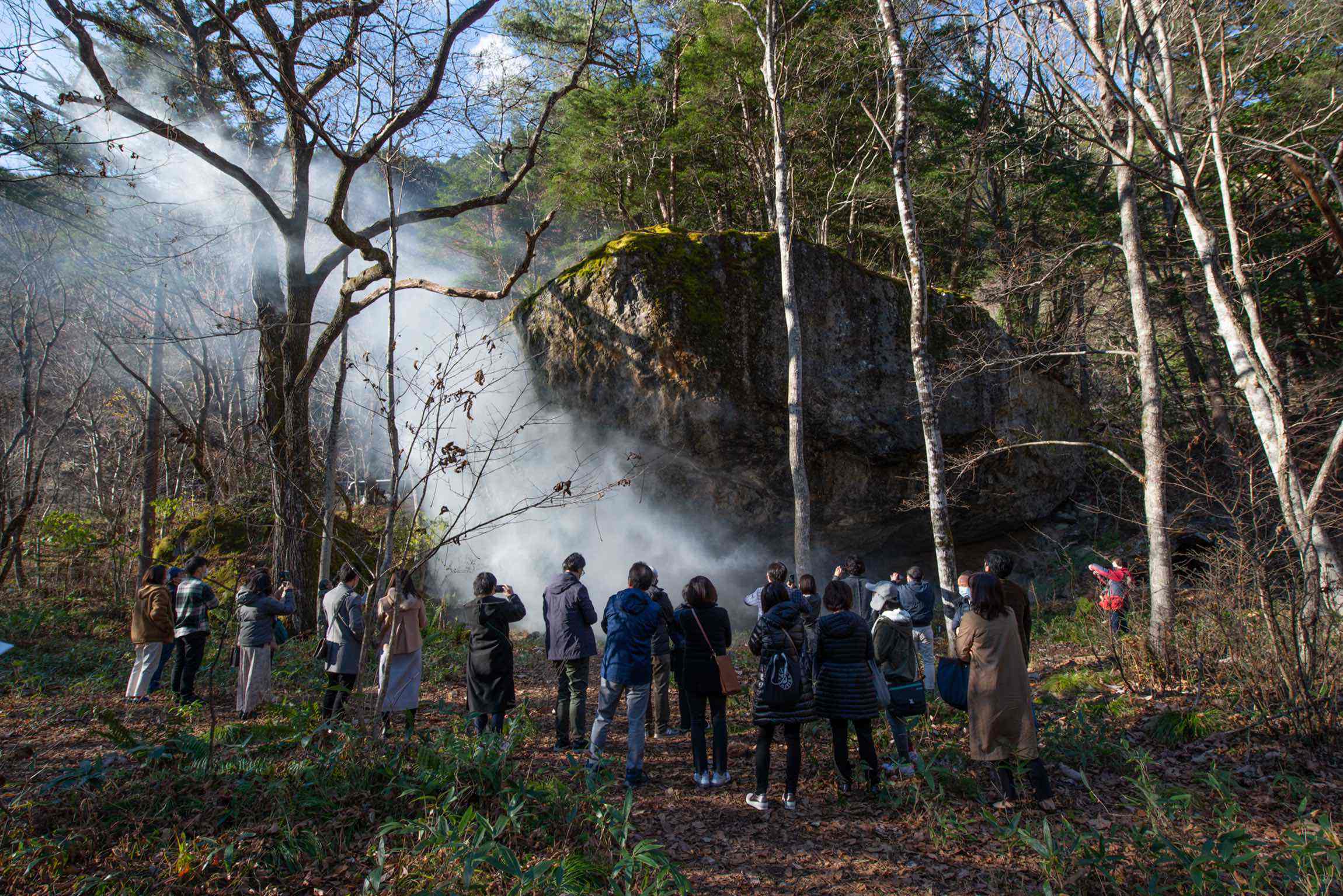 SS: Describe your impression of Omachi City and your artistic intervention at the base of the Japan Alps?

TM: I welcome the opportunity to work in a non-traditional context such as the Northern Alps Festival at the foot of the extraordinary Japan Alps. The multiple sites offer far more exciting possibilities than a conventional gallery setting. Omachi is a compelling site as it offers a very diverse offering of landscapes ranging from lakes, to open plains, alpine region with dams, hot springs, … a real paradise for site-responsive artworks. I also applaud the organisers as these kind of activations allow the world to reconnect with regional and often isolated parts of the world. The opportunity to surrender to landscape and allow the work to reveal itself is a far more inspiring process than a preconceived, prepackaged idea that is simply produced. The site also offers new possibilities in terms of scale, collaboration with non-traditional partners, the chance to engage with the local community and feel that they are an integral part of this activation.

SS: Why were you interested in the site – the history of flooding and its relation to water, your site, SENNINKAKU area had a major flood in 1969, and this was one of big reason that Omachi dam was built.

TM: I was immediately taken with the whole dam area as it resonates greatly with my country of origin, Switzerland. The topography, abundance of water sources combined with the depth and texture of the great temperate forest holds great attraction for me. The mythological context around SENNINKAKU adds another rich layer, and enables a conduit into the local folklore, the spirit of past generations and the legacy this holds in the community today. This provides very fertile ground for an artistic intervention and allows art to be a wonderful medium to tap into the history and meaning of place. The fact that a flood occurred in 1969 further builds into the narrative around SENNINKAKU. The incredible force that water can conjure up is substantial enough to move large monolithic rocks such as the one known as SENNINKAKU.

SS: Can you expand on your approach to site responsive art?

TM: My entire practice concerns itself with a site-responsive approach, and more specifically site-sensitive. It is impossible to create a truly inspired work which doesn’t connect or respond to site in some way. Especially within an environment like Omachi where the context and premise is so rich and layered. I believe that for the audience to be truly connected with an idea expressed in an artwork, the intention of the artist must be concerned with the consciousness of a place, be it historical, functional, or even mythological. The role and responsibility of the artist is to visualise, enable and manifest what is not immediately apparent. Careful research, informed investigation and appropriate consultation with relevant parties forms part of my process in bringing a work into existence.

SS: Why did you become an Artist? what kind of experience leads you to work with phenomenological materials such as light and mist?

TM: I have always been fascinated with temporal and ephemeral media such as mist, light and sound. I resonate with the idea of leaving very little behind once the work has ceased to exist, besides the legacy of the memory through some kind of documentation. Human intervention can be damaging and unnecessary for long periods of time, and can also lose any sense of relevance and currency. In some ways, when this idea of permanency is evoked in exaggerated ways, it can be understood as a kind of cultural colonialism, an unnatural and forced imposition. To this end, I strive to remain aware of place as much as possible, and the materials I often use are transient in nature and leave very little, or no trace behind. Merely a record of the work remains. When naturalists study endemic species they will come to understand that the animal is truly connected to its environment, and has indeed evolved directly as a result of its habitat. In many ways the same principle can be likened with the way I approach.

SS: What will be happening in your Artwork?

TM: Fountainhead’ relates to the original source of everything. This idea applies to both the rock, as the source of the artistic intervention by examining its mythological and geological meaning, but also its intrinsic connection to the Takase River who motioned the monolith through the landscape over the aeons of time. The title also makes a direct reference to the ‘head’ like appearance of the rock, and the fact that a ‘fountain’ expressed through a waterfall is part of this work. The site itself sits the fountainhead of the work and is mirrored through the work and its relationship to site. The notion of a temporality and mythological aspect top the work will be expressed with intermittent mist being produced and thereby cloaking the immediate area around the rock in a blanket of fog. This visualisation will also provide a clue to its past and its connection to water and its folkloric embodiment as the mountain spirit. 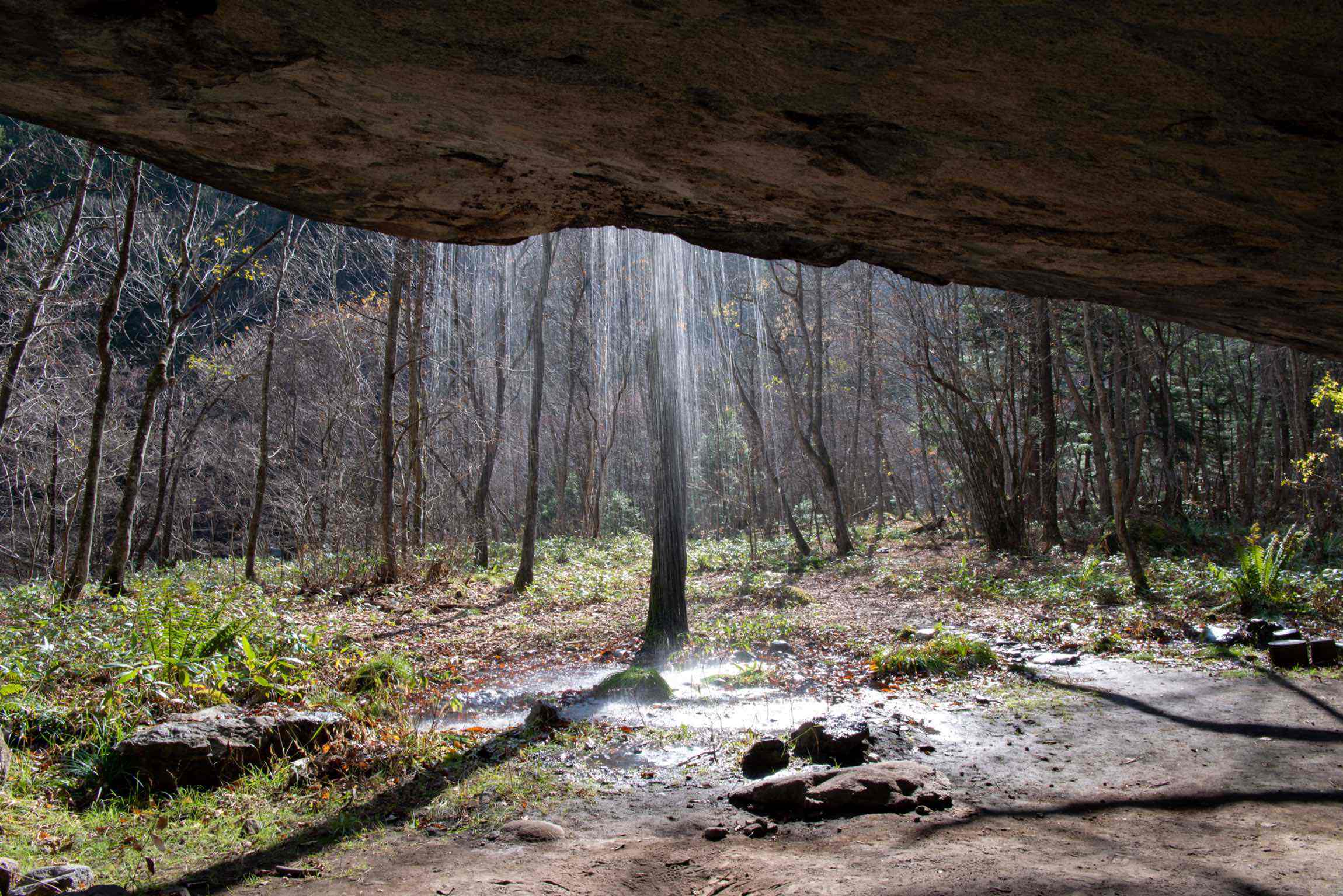